Waiting on God’s Will 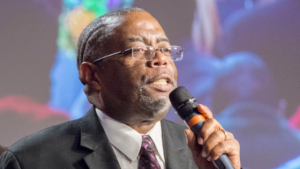 Background
In II Peter 3:1-9 we see Peter writing a second letter to the early church.  As the early church suffered at the hands of the Roman government, they held on to the belief that soon and very soon Christ was coming back.  And when Christ came back, everything they were struggling with would go away.  But the second coming didn’t happen in the timeframe they thought.  They thought He was going to come back within a generation or so.  Now Peter has to justify his statement on Christ coming back.

So Peter writes for two purposes:

When you are waiting it is easy to get tired and distracted.  And because you are tired and distracted you begin looking for answers.  And it’s not hard for even the most faithful Christian to get tripped up.  And this is what is happening with the early church Christians. So Peter tells them not to listen to those saying Christ is not coming.

Peter gives instruction on how to deal with the gap between our prayer and His answer.  We have been so conditioned by society and technology to think that something needs to happen now.

“We don’t see patience as a virtue, but as a last resort.” – Minister Darrell Whitehead

How Do I Deal With The Delay?

A) Our World Confirms God’s Word

1 Peter 1:5 – But they deliberately forget that long ago by God’s word the heavens came into being and the earth was formed out of water and by water.

B) Understand His Promise Controls Our Perspective

1 Peter 1:13 – But in keeping with his promise we are looking forward to a new heaven and a new earth, where righteousness dwells.

In essence, since we know that God has promised us something, we look forward to the fulfillment of the promise.  That’s how waiting in faith looks.  He says the believer has a forward vision, but the unbeliever can only see what’s right in front of him.

“What’s the point of praying if you don’t expect God to answer.” – Minister Darrell Whitehead

It seems that in almost every other verse (7, 11, 14, 17, and 18) Peter admonishes us to live holy.  When you do what God has called you to do while you are waiting, it makes it easier for God to do what He wants to do.

“God is not slow.  God is patient.” – Minister Darrell Whitehead

Slow suggests that there is a problem with time or God.  Faith says the problem is not with God but with me.  It’s not that I’m waiting on God.  It’s that He is waiting on me.

What Do We Do While We Wait?

Minister Michelle Jackson
Waiting on the Will of God