Do You Have a Living Faith? 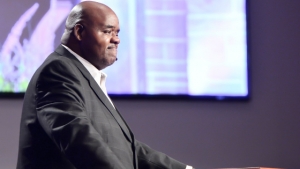 “God will always require you to walk in faith, no matter how long you’ve been saved.” – Pastor Billy Johnson

Living Faith is Expressed through Action

Living faith is more than talk.  It is faith that is expressed through actions and is profitable to someone.

1 John 3:17-18 (NKJV) – But whoever has this world’s goods, and sees his brother in need, and shuts up his heart from him, how does the love of God abide in him?  My little children, let us not love in word or in tongue, but in deed and in truth.

Galatians 6:10 (NKJV) – Therefore, as we have opportunity, let us do good to all, especially to those who are of the household of faith.

Actions are Evidence of Living Faith

James 2:18 – But someone will say, “You have faith, and I have works.” Show me your faith without your works, and I will show you my faith by my works.

Show me your faith!  Make sure there is evidence that you are a follower of Christ and have a living faith.

“Do the DNA test on your faith.” – Pastor Billy Johnson

An Example of Living Faith

Abraham showed his living faith in that after receiving his promised son, he was told to sacrifice his son on the altar.  Abraham woke up early the next morning and went to do exactly as the Lord commanded.  In such his faith and actions were working together.

“If you are saved there should be evidence.” – Pastor Billy Johnson

“Here’s the message: Do Something!” – Pastor Billy Johnson

Dr. D’Ann Johnson
Acting on the Will of God