What to Do When You’re Blameless and Barren 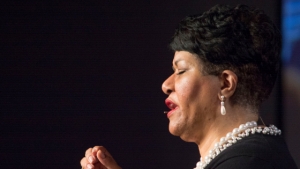 There was a couple in the Bible, Zacharias and Elizabeth, who were the kind of people that had gotten a promise from God and had not yet received it.  Even the meaning of their names suggests to us that God set them aside to impact a nation.  (Zacharias meaning God has remembered, and Elizabeth meaning God of the oath).

Zacharias and Elizabeth were irreproachable. They conformed to the laws of God and man, living according to the rules and walking in all the commandments, not just some.  There was no place for the enemy to take hold of them on the inside, yet and still they had no child.  In those times, and in the Jewish culture, children were a sign of favor. To be barren as Elizabeth was thought to be, was a sign of displeasure by God.  Both Zacharias and Elizabeth were advanced in years and in the season of impossibilities. They were seen to be doing God’s work, yet still coming up barren.

So, what do you do when you’re blameless and barren and the God who remembers has seemed to have forgotten?

First, we learn that we must continue to serve God in our placed assignment

Luke 1: 8-10 – “So it was that while he was serving as priest before God in the order of his division, according to the custom of the priesthood, his lot fell to burn incense when he went into the temple of the Lord. And the whole multitude of the people was praying outside at the hour of incense.”

The scripture indicates we were given particular assignments of serving. Zaharias didn’t allow his circumstances to overshadow his assignment to serve God and others. At times, our service to God is connected to someone else’s prayer, not simply our own.

Second, we must hold fast to the promise we received in His presence

Luke 1: 11-17 – “The angel of the Lord appeared to him, standing on the right side of the altar of incense. And when Zacharias saw him, he was troubled and fear fell upon him. But the angel said to him, ‘Do not be afraid, Zacharias, for your prayer is heard; and your wife Elizabeth will bear you a son, and you shall call his name John. And you will have joy and gladness, and many will rejoice at his birth. For he will be great in the sight of the Lord, and shall drink neither wine nor strong drink. He will also be filled with the Holy Spirit, even from his mother’s womb. And he will turn a many of the children of Israel to the Lord their God. He will also go before Him in the spirit and power of Elijah to turn the hearts of the fathers to the children, and the disobedient to the wisdom of the just, to make ready a people prepared for the Lord.’”

In short, this promise would produce a super natural impact for the world.

(Many times we ask for a thing wanting to see what it will do for us. Sometimes the purpose is a spiritual catalyst impacting many.)

Third, we must avoid leaning to our own understanding

Because of Zacharias’ response to the angel (Luke 1: 18-20) “How shall I know?” which was a response that rested in flesh, quite different from Mary’s response to the angel, which was rooted in faith.  Because of this, the angel’s response was to mute Zacharias and make him not able to speak. To mute is to not just be silent, but not to hear with an involuntary stillness, that also doesn’t allow one to speak against the promise that was already made.

Fourth, we must resist the pressure and obey God at all costs

Once the promise arrived and the baby was born, they continued to obey God by giving him the name John as the angel instructed. Back then, names were significant and represented authority and established destiny. The custom was to name the first male child after their father. But God said something different. Although Zacharias would get the credit for the promise in giving his son his name, he instead submitted to the promise of God, and did what God said to do. (Luke 1: 57-67). Zacharias resisted the pressure, obeyed God and immediately his mouth was opened and his tongue released. Soon after he rejoiced, was filled with the Holy Spirit, and then there was a proclamation because he later testified about God.

In conclusion, sometimes the promises of God don’t come as quickly as we expect. In such times we wonder if God hears us, or did we not hear God, or did we do something wrong. We must remember that delay doesn’t mean denial, and the greater the impact of the promise, the longer the promise may take.

Pastor Billy Johnson
Use the Name of Jesus