The Presence of the Lord 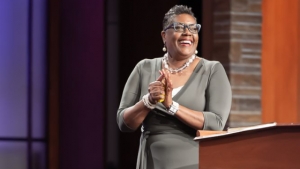 So often we mystify the presence of the Lord.  We often have questions concerning the presence:  Where can it be found?  What do you have to do to be there?  Is it metaphysical?

The issue is we’ve never seen God.  We don’t have a picture that we can reference.

John 20:29 – Jesus saith unto him, Thomas, because thou hast seen me, thou hast believed: blessed are they that have not seen, and yet have believed.

In trying to understand the presence of the Lord, Moses is a great person to study.

In Exodus 3, Moses encountered a burning bush.  Now finding a burning bush was not an odd occurrence.  What made it odd was the fact that the bush was not being consumed by the fire.  Then as Moses approached the bush, he heard God’s voice from the bush.

Exodus 3:5 – “Do not come closer,” He said. “Remove the sandals from your feet, for the place where you are standing is holy ground.”

God Wants To Be With His People

Exodus 25:8-9a – “They are to make a sanctuary for Me so that I may dwell among them.  You must make it according to all that I show you…

Exodus 33:5-6 – For the Lord said to Moses: “Tell the Israelites: You are a stiff-necked people. If I went with you for a single moment, I would destroy you. Now take off your jewelry, and I will decide what to do with you.” So the Israelites remained stripped of their jewelry from Mount Horeb onward.

We Have to Actively Enter Into The Presence of the Lord

Those that wanted to meet with God would move and go to the tent of meeting.

Our Response To The Presence of God Should Be Worship

In Exodus 33:10 – As all the people saw the pillar of cloud remaining at the entrance to the tent, they would stand up, then bow in worship, each one at the door of his tent.

As we are actively entering the presence of the Lord and worshipping Him, we go out that others may come in and be fed.

Exodus 33:11 – The Lord spoke with Moses face to face, just as a man speaks with his friend.

“God wants to speak to us face-to-face.  Are we willing to sit and listen.” – Minister Michelle Jackson

Exodus 33:12 – Then Moses would return to the camp, but his assistant, the young man Joshua son of Nun, would not leave the inside of the tent.

We must be like Joshua and not let anything pull us from the presence of the Lord.

Minister Alfie James
How Do We Get in the Presence of God?
Scroll to top