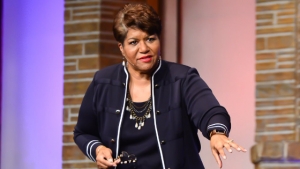 From this passage we can take four keys away.

Going Where People Are

We have to get out of the mindset of sitting behind the four walls of the church and waiting for the needs of the people to come to us.

Giving People What They Need

The text says that the Samaritan bandaged the wounds and poured wine and oil.  He immediately gave what the wounded man needed.  So often we want to give people what we think they need, instead of what the Holy Spirit says to give.

We Take People Where They Need to Go

The text says that the Samaritan set the man on his own animal, took him to an inn, and continued to take care of him.  We must be willing to go the extra mile to get those in need, exactly what they need.

The Samaritan left the wounded man in a place where he had everything he needed to become whole.  He was also willing to go back to ensure that any costs accrued in his absence would be added to his own bill.