What Stops Us From Trusting God 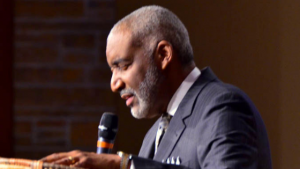 Throughout scriptures there are numerous scriptures on trusting God.  Here are three just to name a few:

Yet despite the amount of scriptures available to us, sometimes we still have trouble trusting God.

Why do we sometimes have trouble trusting the sovereign God of the universe?

Four Areas That Keep Us From Trusting God

Even in the beginning of the Bible, Genesis 3:1-7, we see that Adam and Eve stopped trusting God because of pride.  When we look at verse 4, the first thing the serpent did was to question the word of God saying, “you shall not surely die” and then began to lure and tempt. What the serpent said to Eve appealed to her. Anytime something is dangled in front of you that’s appealing you want it. Shutting up the devil and the enemy is appropriate in this warfare. Eve failed to consult Adam in her encounter with the serpent.

In Genesis 1:28, we see that God had given man authority over every living thing, including the serpent!  And in Genesis 1:29 we see that God had provided them with all of the food they would need.  The serpent tempted the woman by telling the woman that she would be like God.  One of the definitions of pride is to think of yourself better than you are.  And in this case, the woman wanted to be more than just a woman.

“If someone immediately questions the word of God, you are talking to the wrong person.” – Elder Walter Gilstrap

“Pride will cause you to go at it alone instead of trusting God.” – Elder Walter Gilstrap

In Genesis 12:1-4, we see Abram (later named Abraham) uprooting himself and following God to a place he did not know.  This took tremendous faith, and Abraham is often called the “Father of Faith”.

Yet we see in verses 10-13 of the same chapter, Abram started assuming his own death out of fear that his wife’s beauty would cause the Egyptians to kill him.  His fear caused him to forget what God had promised in verses 1-3 and caused him to stop trusting God.

But this didn’t happen once but happened twice.  In Genesis 20:1-15, Abraham proclaimed that his wife was his sister to Abimelech, king of Gerar, out of fear of being killed again.  God stepped in to prevent Abimelech from taking Abraham’s wife, ultimately because he, Abraham, did not trust God’s word.

What does fear look like? It can sometimes look like doing nothing. Fear can paralyze you. Fear is a very common tool used by the enemy. Let’s not let our fear overwhelm us where we cannot trust God.

Most of the time we think of sexual lust.  But lust simply means an overwhelming desire, which can include money, things, fame, etc.

In 2 Samuel 11, we see that David was not where he was supposed to be, as he should have been off to battle with his army.  When we are out of place, we are open to the tactics and schemes of the enemy.

Our eyes are often the gateway to lust and falling into the schemes of the enemy.  But we must be like Job in Job 31:1 where he says, “I made a covenant with my eyes.”

We have to be careful because lust will lead us away from trusting God.

Solomon is David’s son, and is considered the wisest man to live.  Yet there were generational issues that plagued him as well as his father.  We see in 1 Kings 11:1-6 Solomon felt that because of his power and wealth, he could stop trusting God.

“If you don’t know the purpose of a thing, you’ll always abuse it.” – Elder Walter Gilstrap.

In every situation God gave mercy.

There is one other reason we don’t trust God:  It’s because we don’t know Him.  Get to know God!