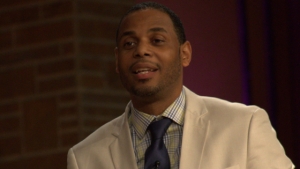 “We’re alway moving from one place to another.” – Minister Tony Fields

Transitioning from your Current Company

Genesis 12:1 – Now the Lord said to Abram, “Go from your country and your kindred and your father’s house to the land that I will show you

A successful transitions depends greatly on our ability to move away from the familiar.  Abram demonstrated this by immediately departing from his family, without question.  Now Abram’s transition could have been even more successful, but he didn’t follow the instruction verbatim.  He took Lot with him, and ultimately had to split later from Lot.

Transitioning from your Current Cousciousness

2 Kings 7:3-4 – Now there were four men who were lepers at the entrance to the gate. And they said to one another, “Why are we sitting here until we die? If we say, ‘Let us enter the city,’ the famine is in the city, and we shall die there. And if we sit here, we die also. So now come, let us go over to the camp of the Syrians. If they spare our lives we shall live, and if they kill us we shall but die.”

These four men decided to change their mind about the situation and move!  And ultimately they saved an entire city, as they were the fulfillment of a prophecy.

“What prophecy are you the fulfillment of?” – Minister Tony Fields

Transitioning from your Current Condition

Matthew 9:1 – As Jesus passed on from there, he saw a man called Matthew sitting at the tax booth, and he said to him, “Follow me.” And he rose and followed him.

Part of transitioning has to be an ability to move from your place of comfort.

“Comfort is not a bad thing, but sometimes it’s not a good thing.” – Minister Tony Fields