Christ Revealed Through the Eyes of the Shepherds 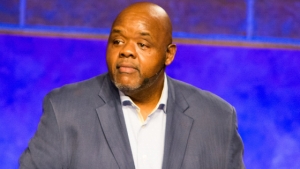 The reason for Christ’s birth was that we needed a savior, a deliverer, a protector.  It’s not about the presents that we get from Nordstrom’s, Macy’s , etc.  The Jews had been looking for the messiah for a long period of time.  They just didn’t expect Him to be born in a manger.  He is the messiah nevertheless.  When we stand before Him we will declare that Jesus is Lord.

Peace means to set at one again; two things that were broken that have now come together again.  In other words, God and man were separated.  Christ is here as the reconciler (to bring us back to Him).  There had to be a bridge to reconcile man back to God.  Christ is that bridge so that we can now have peace with God.

“People can’t be at peace with one another until they have peace with God.” – Pastor Billy Johnson

When you are in internal conflict, it’s hard to have relational peace.  When you are in this state of turmoil, you begin to see people through the lens of that turmoil.  The solution is to check your relationship with God.

Christ Was Worth Pursuing

In verse 15-16, we see that the shepherds were looking for what God have revealed and then went urgently after Him.

Pursuing what God has revealed will open possibilities that God has for you.  Whatever God reveals is worth pursuing.

“Are you able to stop what you are doing, and go and see what He is revealing?” – Pastor Billy Johnson

Christ Was Worth Publicizing

Get to the place where Christ is worth publicizing.  If I say something it is not my responsibility to make anyone respond.  Do what you do and let the truth do what it’s going to do.  There has to be in us the willingness to say something no matter what the response is from anyone else.

“Make sure that your life makes the message believable.” = Pastor Billy Johnson

Christ Was Worth Their Praise

In verse 20, we see that, “…the shepherds returned, glorifying and praising God for all the things that they had heard and seen.”

Just as the shepherds glorified Him we have the individual responsibility to bring honor to Him.

Elder Melinda Dula
Celebrate and Share the Christ of Christmas