Passing Our Faith To The Next Generation 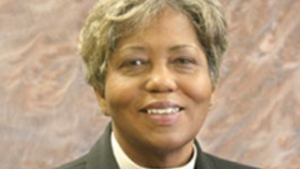 If we look at the Jewish people, we discover that they are one of, if not the most persecuted people group on Earth, yet they are still here.  It’s because when God speaks a word, it comes to pass.  God told Abraham that He would make many great nations out of him.

We see that Moses had to mentor Joshua, who would ultimately replace him.  Now it was more than just the “talk” of Moses, but the “walk”.

“We should always be looking for the next person God wants us to pour into.” – Elder Margo Parsons

In the new testament, we see this same idea with Paul and Timothy.  In 2 Timothy we see that although Timothy was being mentored by Paul, he was first taught by his grandmother and mother.

“Our faith is the gospel of Jesus Christ.” – Elder Margo Parsons

In the book of Ruth we see two main characters: Ruth and Naomi.  Ruth was a pagan from Moab.  Naomi, her mother-in-law, followed her husband in search for better lands.  Unfortunately Naomi’s husband and two sons both died.  Ruth decided to follow Naomi back to her people, and make Naomi’s God her God.  She did this because she saw the faith of Naomi.

Let’s pattern ourselves so that our children can follow, without compromise.

Elder Michael Harris
Legacy – I Will Live For Christ