Tithing: The Way Back to God 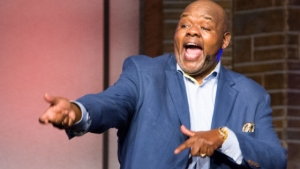 When we look at the book of Malachi oftentimes we miss the setting and the background. Malachi is an old testament prophet. God had given a promise for land. They disobeyed God and there were consequences. They were deposed from the land for 7 years. God used Nehemiah to rebuild the wall. When they got back they had half hearted worship and did not honor God. The priest began to offer lame sacrifices to God. The people began to marry outside the Kingdom. God said, “you return to me and I will return to you”. God said, “My name shall be great among the Gentiles, among the nations.”

“With all that was wrong with the nation, God’s method of returning them back to Him was the tithe”. Pastor Billy Johnson

Tithing was the method of God

He always expected Israel to tithe. Tithing was not just a part of the law, it predated the law.

There are three types of tithes:
The Lord’s tithe (Leviticus 27 vs 30-32) was the money collected like a tax.
The Levite’s tithe to take care of the Levitical priesthood (singers, musicians and Priests)

Tithing was a matter of priority with God

God does not hold His best back, He sent us Jesus. Your life is not something you add God to. God is your life. God said “bring me the best of you and you can expect the best of me”.

Tithing was a means of proving God

Verse 10 – “Bring the whole tithe into the storehouse, that there may be food in my house. Test me in this,” says the LORD Almighty, “and see if I will not throw open the floodgates of heaven and pour out so much blessing that there will not be room enough to store it”.

God said put me to the test. He said put my word in the fire and see if I will come through. God is your sufficiency.

“There are many of us who have the pause button on our blessings”. Pastor Billy Johnson

Tithing was a means of provision by God

God said “I want to pour out you something that your container cannot handle. You don’t have room to handle what I am getting ready to do for you. He said “I will open the windows. He didn’t say I will open doors. Many of you are looking at doors. You have more windows than doors in your house. Expansion is coming. There are some of you He has to grow in wisdom and understanding to handle what He has for you. He has to expand the container, so you have the sheer capacity to handle what he has for you. Wineskins—they would pour wine in these leather wine skins. The skin grows through the process.  Old wine skins break!  You take oil to saturate and lubricate the old wineskins to make them flexible again. For 10 years, you’ve been doing the same thing. Don’t try to tell Him who to use. Let Him use who He wants to use. He will use a person that you never expected to bless you.